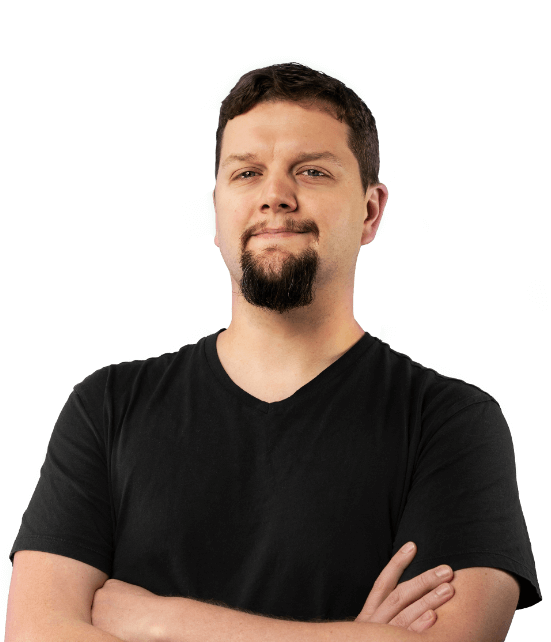 “Any sufficiently advanced technology is indistinguishable from magic.”

Henry is the absolute “zen master” when it comes to being a trader. He portrays the cool, calm, and collected side of trading – a side most traders struggle with for years. That’s what makes him so invaluable as the Lead Content Provider and as a fantastic options trading mentor. He helps traders see the analytical approach to trading, and why you should or shouldn’t logically jump ship with his day trading tips and tricks.

Henry began his career as an IT professional with Geek Squad, and as luck (or fate) would have it, he landed at John Carter’s door to help with a tech issue one day in 2010. John knew right away, Henry’s calm demeanor would be fantastically utilized in trading, so John decided to train him in the art. He was immediately drawn to it, and he began helping John run a certain business out of just an apartment.

Fast forward to today, Henry can be found diving into the Live Trading Chatroom at the opening bell as the Vice President of Simpler Trading. During his sessions, he focuses heavily on scanning for new setups, managing open trades, and walking traders through new trades. He has a knack for breaking down hard to understand macro topics to a finite, easy to digest, micro-level. His expert option market thoughts that he shares in the twice daily Trade Alert emails will carry you through from open to close.

For him, simplicity is easiest. Whether it be in home life, where he meditates daily, or in the world of trading, where he keeps his indicators to a minimum. He loves the Squeeze, Ready Aim Fire, and Voodoo Lines Indicators as they pair nicely with his strict analytical approach to the markets. As a primarily conservative, directional trader, he looks at the markets with a trend following, conservative take. While he sits in the middle for difficulty with complex, income generating options strategies — you can utilize his strategies for any level of trading difficulty as he uses butterflies, unbalanced butterflies, and credit spreads with occasional long calls and puts.

One thing he excels at, which makes him ideal to follow, is risk to rewards scenarios. Henry has a true grasp on what his risk is, and how much he’s comfortable with allocating into a trade or having on the board altogether. This is ideal for traders who struggle with overloading the boat or blowing their account out. You can find Henry daily in our trading room, sharing his analysis and trade ideas with our members.

Where can I find Henry at Simpler? 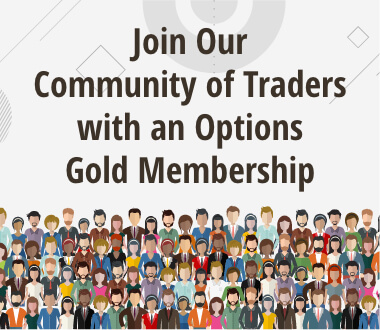 Henry can be found diving into the Live Trading Chatroom at the opening bell. During his sessions, he focuses heavily on scanning for new setups, managing open trades, and walking traders through new trades.Try a no-commitment Options Gold Membership today to listen to Henry’s powerful analysis. 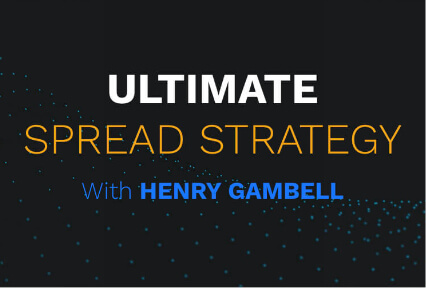 This “zero stress” trade setup is designed so traders can focus on consistent income with limited risk. 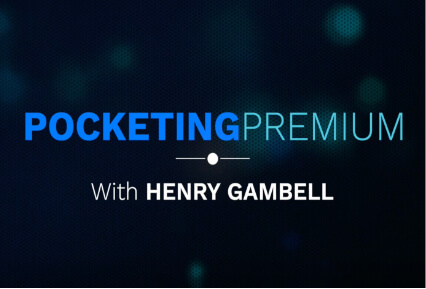 This is your opportunity to discover how it’s possible to win on 18+ trades in a row — without being “right” about a stock’s direction. 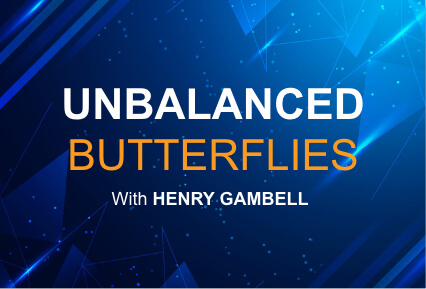 This “zero stress” trade setup is designed so traders can focus on consistent income with limited risk.

John and Henry will share simple strategies designed to help even the newest trader to exploit the incredible profit potential of leveraged options.

Before diving into a discussion on the short float, it's essential to know what "short" and "float" means. Investors buy "long" when... Read More

To say the stock market is beautiful may strike you as a bit of an odd comment. You may have a very... Read More

One of the most important signals driving today’s market is one you may not be familiar with. Most traders begin their technical... Read More 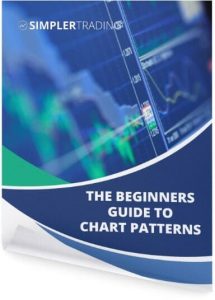 Enter your name and email below and Henry will send you his “Beginners Guide to Chart Patterns” eBook for FREE!

I’ll have a technical approach, establishing positions in symbols with a daily Squeeze near the mean (21 EMA Daily) while attempting to maintain a theta positive portfolio.

Directional calls/puts will give you the best movement per dollar with the underlying, but if we assume that time is going to continue to move forward we must consider the importance of maintaining a theta positive portfolio.

I’ll focus on swing trading BULLISH equity options on stocks in strong sectors that have Weekly – 4D – 3D – 2D – Daily Squeezes. The market is an investment apparatus that rises. Since 1942 which is the last 78 years (including 2019) the market (S&P 500) has been up 62 of those 78 years if you include dividends, which, of course you do. Even further, the average return for an up year was 19.3% and the average return for a down year was -12%. So, this magical apparatus not only wins 80% of the time, but when it wins it does so larger than when it loses. Losing money in the stock market long-term, at least in the past, has actually been hard. The biggest impact on returns is simply fear. We tend to get fearful as stocks go down and sell at the bottom. We tend to get fearful of missing out as stocks go up and buy at the top. If either of those behaviors is curtailed, it can just be one of them, then in the last 78 years, yes, “losing” would have been difficult.

I’ll look for stocks that trade tons of volume. At least 10 million shares on a daily average.

I’ll establish theta positive positions 1 – 10 days before expiration and manage for 20 – 80% gains, or be willing to hold into, but not through, expiration for potential pins.

My favorite spread strategies for these pins are Unbalanced Butterflies and Iron Flys.

Anchor yourself to daily charts. Find a chart you want to buy because of the setup on the daily chart. This could be off a major 0.618 retracement, daily symmetry, or a major Voodoo Line.

Then look for a 15 minute Squeeze (generally a Standard Compression Squeeze) that has not fired into the close. The idea is that the compression of the Squeeze can’t resolve during the cash session it was created in, and then releases that energy on the next open.

I will take this trade with short puts/spreads or long calls.

If I make more than $987 a week, the difference is added to the account balance.

If the account has $150k in it, withdraw $25k and leave the remaining $125k, upping the weekly withdrawal if you like.

This was started with the intention of “growing as much as I could”. More notes on this to follow.

Equity Options that have Voodoo Lines with a focus on CML Pro stock picks.

Voodoo Lines may also be used for exits, focusing on levels of significance greater than a Skyline. (Fireline, Treeline, Snowline, etc)

HOLB/LOHB – If I want to try to let a position run, I’ll look to weekly and daily charts looking for these signs of reversal.

If a position closes below the 21 EMA, I have to consider the proximity to the 50 SMA as that’s generally the next moving average I’ll look to for support.

Get better at selling at the high. Examples like WORK.

Stops – How will I define my risk?

100% of risk is calculated prior to entering a trade. No position should ever lose more than 5% of my account and more commonly should not exceed 2-3%.

This is a good habit, but I don’t do this as much anymore. I really just run my own Fibs on symbols I’m already interested in.

Ensure any losing positions still fit within the criteria of the setup.

Set profit targets, conditional entries, and exits for the next trading session. 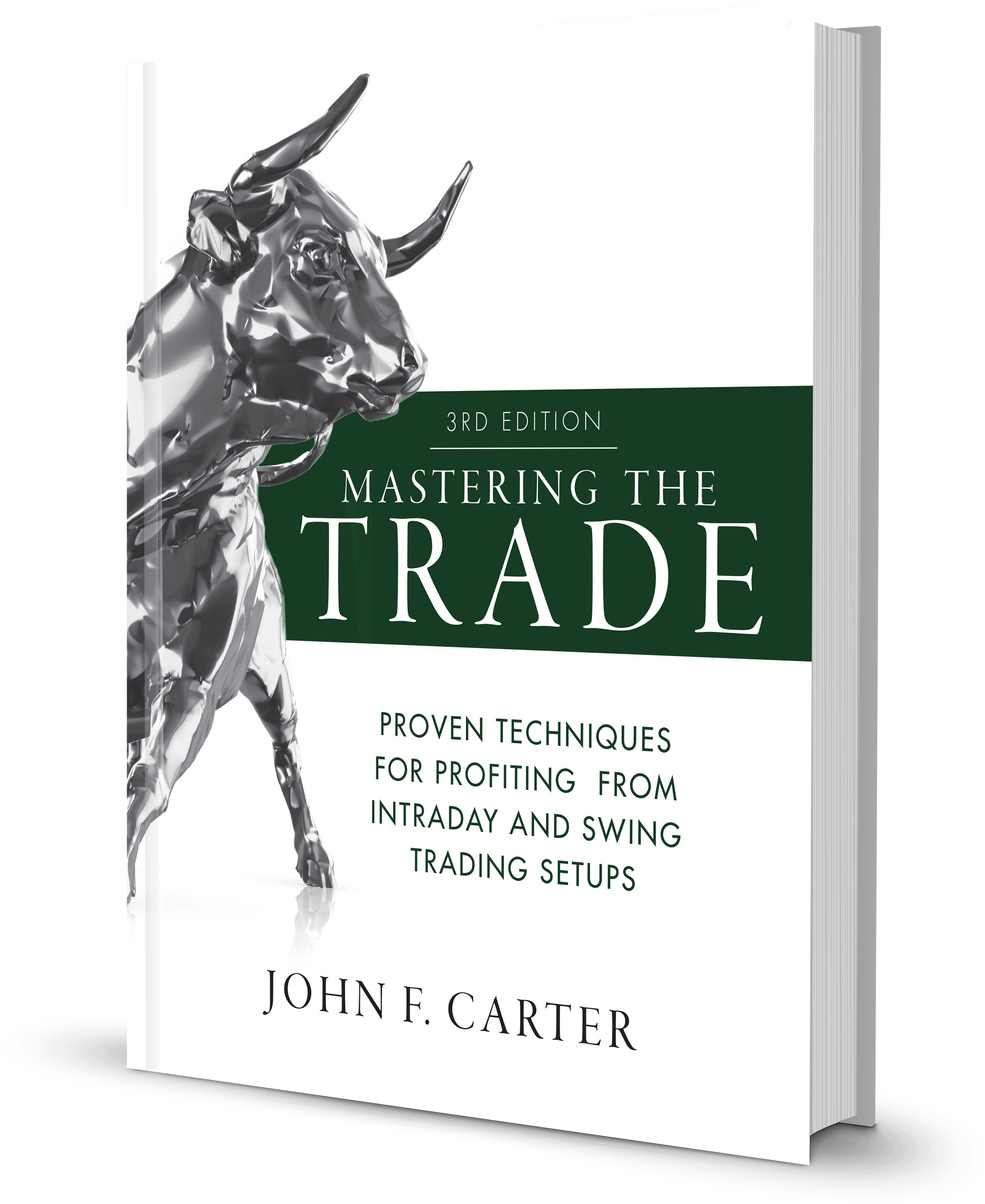 One of today’s most successful traders, John F. Carter has made his popular guide more relevant and effective than ever. 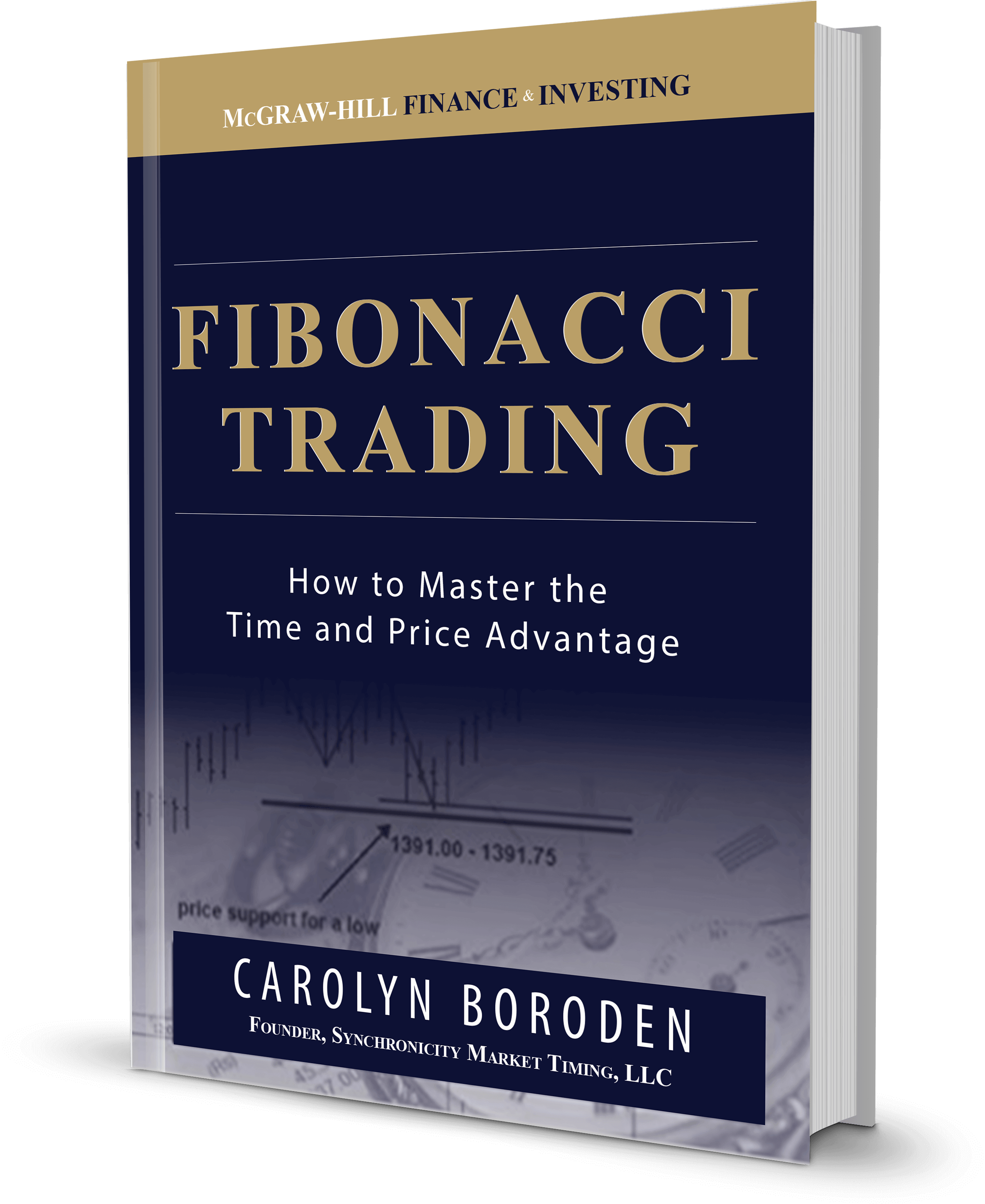 Fibonacci pattern studies can be used as an extremely effective method for achieving greater profitability in stocks, futures, and Forex markets. 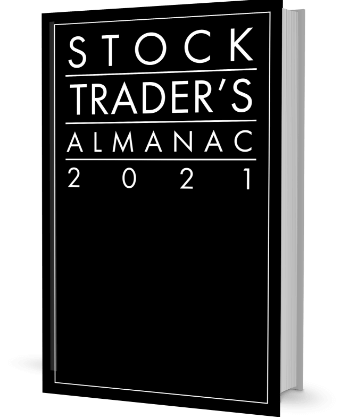 The 2021 Stock Trader’s Almanac is your shortcut to understanding the cycles, trends, and patterns that will define stock trading in 2021. 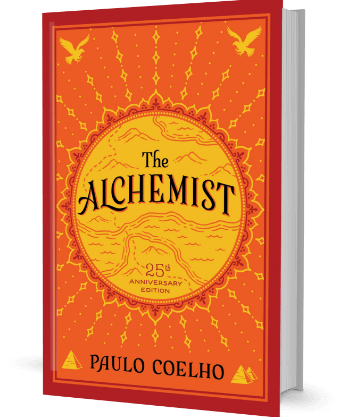 This modern classic combines magic, mysticism, wisdom and wonder into an inspiring tale of self-discovery transforming the lives of countless readers. 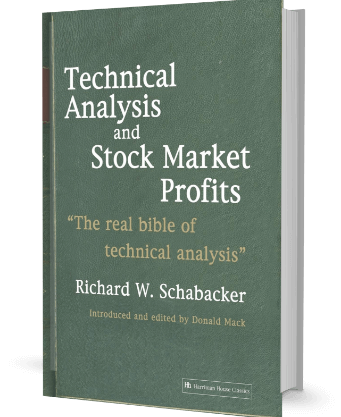 This book remains an example of the highest order of analytical quality and incisive trading wisdom. 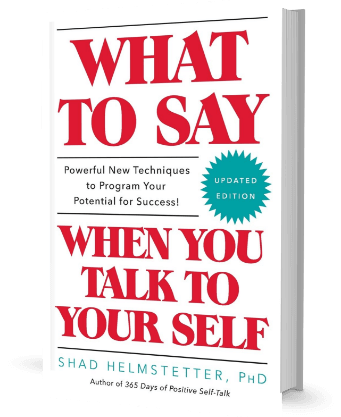 What to Say When You Talk To Yourself

In this newly updated edition, Helmstetter shows the reader how to erase and replace past mental programs with healthy, new programs.

Zen and the Art of Happiness 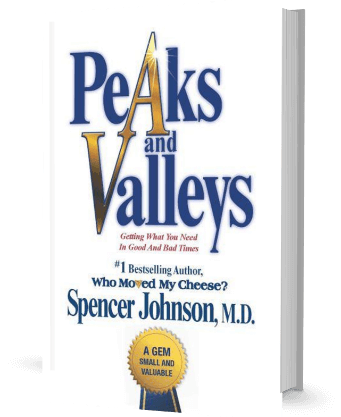 A brilliant new parable that shows readers how to stay calm and successful, even in the most challenging of environments.

Here are some of Henry’s favorite products:

This Double-Wall Vacuum Insulated water bottle has the power to keep your water cold (or coffee hot) until the last sip. 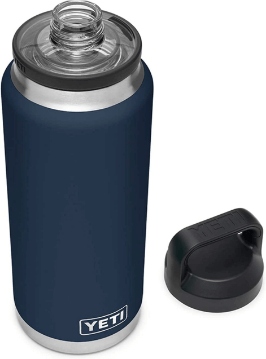 More than just a stylish fit, Day Swannies are exclusively designed to help you avoid digital eye strain and its detrimental effects.

Effective and affordable treatment for back pain, neck pain, arthritis aches and pains, insomnia and more! 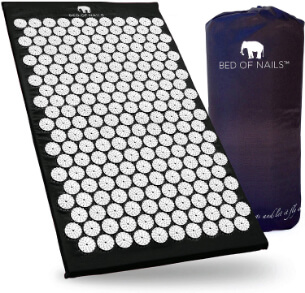 These durable, yet extremely lightweight exercise yoga mats give you just the right amount of cushioning your joints need during any yoga or fitness routine. 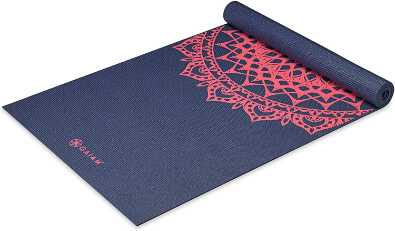 Before diving into a discussion on the short float, it's essential to know what "short" and "float" means. Investors buy "long" when... Read More

To say the stock market is beautiful may strike you as a bit of an odd comment. You may have a very... Read More

One of the most important signals driving today’s market is one you may not be familiar with. Most traders begin their technical... Read More

Enter your name and email below and Henry will send you his “Beginners Guide to Chart Patterns” eBook for FREE!

How to Exploit Options Expiration for Maximum Income