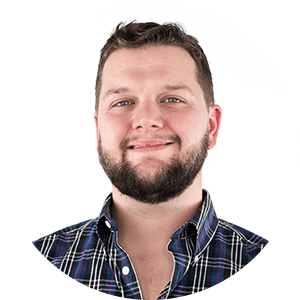 Before diving into a discussion on the short float, it’s essential to know what “short” and “float” means. Investors buy “long” when they think a stock price will increase or “sell short” when they believe a stock price will decline. A short position closes out when the trader “covers,” which means buying at a lower price. The public float is the total amount of shares available to trade in a stock. The total number of shares currently short a stock is referred to as the short interest.

When a company decides to offer its shares for sale on public markets, it is said to float those shares. However, an initial public offering will generally not list all the shares for sale. Some are retained by insiders or in the company’s treasury. The portion which is available to the public market is referred to as the public float, the free float, or sometimes just the float. It is the total number of shares, less those shares which have not been floated.

If you are looking for a strategy and an indicator that can give you precise entry and exit points, look no further than the Voodoo Mastery Strategy. It can help map out the market and help predict future price levels even years in advance. So, what are you waiting for? Become a Voodoo Mastery Member today, and gain access to the Voodoo Masters Strategy class, An E-Learning Module, live trading sessions, and real-time trade alerts.

Short float refers to the number of shares in a stock that is sold short. Knowing the percent of float shares shorted gives the trader advantages in predicting price action. Stocks that are heavily shorted will have high short interest as a percentage of float and could be poised for a “short squeeze.” A short squeeze is a rally triggered by short-sellers covering their positions. In other words, a certain percentage of short-selling in stock along with other factors can blast the stock upward.

Because short sellers need to buy shares on the open market when they cover, the potential for a short squeeze is often best evaluated in comparison to how many shares are available for them to purchase. That is, comparing to the free float is often a good way to determine how hard it will be for shorts to cover their positions and how much potential there is to drive the price upwards when they do cover.

The top candidates for short squeeze rallies are often companies that have released a series of gloomy announcements. Stocks with a small float may reflect companies with insider owners. When minimal shares are available to trade, a wide bid and ask spread can lead to choppy price action. Volatility is often one of the keys to making big profits on short or long trades.

The concept of short float has been known in the trading community for decades. However, it was unknown to the public outside of this market until the GameStop and AMC short squeezes of 2021. Both stocks ripped higher partly due to being heavily shorted by hedge funds, which were forced to cover massive losses triggered by buying surges. The “Reddit crowd” fueled this buying pressure, which began organizing to embrace heavily-shorted stocks such as GameStop and AMC.

Video Guide to a Short Float

What is a Short Interest Ratio?

This ratio, also known as “days to cover,” reflects the short interest divided by the average daily volume, expressed as a decimal. It’s calculated by dividing the number of shorted shares by the average trading volume. This metric lets traders know how long it would take for short sellers to cover their positions if the stock moves up. So higher ratios reflect more days for shorts to cover.

It’s important to note that the short ratio is not the same as short interest. Short interest is the number of tradable shares sold short divided by the float size. Current short statistics are available on the financial website Finviz.com. Here’s a list of high short float stocks as they appeared on Finviz.com for early April 2022 with short interest, short ratio, and float size:

From this list, AMC Entertainment Holdings (AMC) and GameStop (GME) have lower short interest than Big 5 Sporting Goods (BGFV), Arcimoto (FUV), and Beyond Meat (BYND). That means BGFV, FUV, and BYND are more likely to be short squeeze candidates in the near term.

Short Interest as a Percentage of Float

This stock metric tells you the percentage of short shares of the float. Usually, anything over 10% is a good candidate for a short squeeze. Sometimes, the short interest needs to be above 30% to trigger a short squeeze rally. This figure is typically not updated daily on sites listing it. Usually, the dates new short interest data is reported are on the 15th and last day of the month.

You can’t rely on short interest data to predict a price surge. It helps when a heavily-shorted stock has a reason to go up beyond high short interest. The key to a short squeeze is irony, such as the news. Sometimes even bad news can ignite a squeeze.

Capitalizing on oversold stocks is one of the critical strategies for day traders to take big profits quickly. There’s often more money on the downside than the upside in stocks, especially in periods of constant economic uncertainty. Watching stocks with high short float is advantageous to finding highly profitable trades.

With everything that has gone on in the market, it can be frustrating to try and trade in such volatile times. However, that’s why Simpler Trading has the Voodoo Mastery Strategy available for membership. So sign up today, and learn from experienced traders that can help you better overcome some of the biggest obstacles in the market.

Q: What is the difference between outstanding and issued shares?

Q: Should the float be low or high for day trading?

A: The answer to this question comes down to the type of trader. When the float is small, it can be challenging to buy or sell at desired prices. If the volume is low, you can get trapped in the stock. Many investors consider a float of up to 20 million available shares to be low. Smaller companies may have a float under 1 million shares.
Successful day traders tend to gravitate toward high float stocks with high volume. There’s much more activity in these types of stocks, as volume attracts new traders and investors. There are positives to small floats, but more for swing traders or long-term traders. A limited float can indicate the company is confident about its profitability and doesn’t need to raise as much capital in the public market.
Day trading on a stock with minimal shares available can be pretty choppy. But there are chances to profit by buying long when the stock starts to run on higher than average volume. It can spike up quickly with a catalyst such as earnings or other financial news. It’s a high-risk play due to volatility, but it can be enormously profitable, just as higher-than-average volume selling is a good time to short.

Q: How do you find an excellent low float stock?

A: Various online trading resources are available, such as Finviz.com, which provides lists of the most shorted stocks. The site has a stock screener that lets you search for trading ideas based on various parameters you can customize. You click the tab for “shares outstanding” and click the desired share amount, such as “under 20M.”
To find short squeeze ideas, click the tab for “float short” for a particular ticker, then click the desired percentage. By checking the list of “over 30%” short, you can get a list of stocks displaying important information such as sector, industry, market cap, price, and volume.

Q: What part of a company’s float can be shorted?

A: Only the outstanding shares available to the public can be shorted. In other words, a company cannot short stock in its treasury. Questions arose over the GameStop short squeeze in early 2021 about how over 100% of the float could be short. Such a mystery may point to “naked short selling,” Brokers fail to locate borrowed shares but sell short anyway. Since this topic gets little media coverage outside of financial publications, there’s no public outcry calling for investigations of stock manipulation.
Under normal conditions, the maximum amount of shares in a stock that can be sold short is equivalent to the float. So when short interest jumps above 100%, it’s an indicator that something shady is going on.
Very rarely does such an event occur. But GME still had over 100% short interest in November 2021 as the stock rallied from $210 to $247 but closed out the year at $148. The stock fell below $100 in 2022 but began spiking again on the news; its Chairman Ryan Cohen purchased 100,000 shares.

Q: What is a good short float?

Be aware that when stocks become heavily shorted, big players have done their research and have found flaws in the company’s business model or financial outlook. But just because shorts are piling on doesn’t mean this action will trigger a squeeze, as selling pressure can drive a stock downward.
A stock with 15 million shares in the float is a good level to work with as a day trader. In April 2022, Weis Markets (WMK) had a float of this amount while 2 million shares were short (13%). Insiders own about 39% of the stock.

Q: How to Spot a Short Squeeze

Some stocks like Tesla (TSLA) rally because of good news on earnings or material outlook. Other stocks like AMC or GME throughout 2021 rallied because of short squeezes. It’s important to distinguish between these two rallies because a short squeeze might go much higher but burn out faster. The last thing a day trader or swing trader wants is to wind up on the downside of a “pump and dump” play.
Sometimes a penny stock will shoot up astronomically for no apparent reason in one day. But if you look deeper, you’ll find it’s a short squeeze that only lasts a matter of hours, and then the price comes plunging back down. The ideal short squeeze is like the GME run, driven by more than over-shorted shares, as buyers were passionate about holding the stock.
A high ratio of short shares can push demand higher for short-sellers. A good indicator of a shorted stock that’s ready to squeeze up is one in which the number of shares short is over five times the average daily volume. Short interest above 10% is usually where you start finding good squeeze candidates. An often overlooked indicator is whether the number of short shares increases, which is suitable for long buyers.
In many cases, short squeeze setups don’t play out as rallies and equate to head fakes. So don’t think that squeezes are automatic or even easily predictable. Many new young traders rode the GameStop squeeze without even knowing what a squeeze was, as they were simply fans of the company. Both AMC and GME had bullish catalysts to help drive the stocks up during their huge runs in 2021.