Cinema can make androids and “terminators” appear invincible – while humans are easily defeated.

Traders often feel like they are on the losing end against stock market forces – Wall Street “big players” and computer algorithms.

How do individual traders gain an edge (maybe even a little revenge) against “inhuman” forces in the market?

John Carter, founder of Simpler Trading and author of the bestseller Mastering the Trade, began investigating the massive effect of artificial intelligence (AI) on the markets and retail traders.

John quickly realized that traders are navigating the market – filled with chop and volatility – without an understanding of the underlying forces causing a disadvantage.

For example, the Federal Reserve affects interest rates and the economy, and this increases hedging in the markets. Big players and computer algorithms can see this pressure early. By the time retail traders know what’s going on it’s well after the fact.

Navigating the market while knowing major events in hindsight is worthless (like waiting for news pundits to “share” their assessments).

It’s critical to know what is affecting the market in real-time. While nothing can be 100% certain, if a trader can get to 75% accuracy in a move, that’s called a trading edge.

With an edge, it’s possible to build a plan to make a living trading the market as traders focus on scaling their trading size, keeping strategies simple, and keeping emotions in check.

The current markets aren’t moving straight down as they would in a normal, clean sell-off. The movements right now are jerky. Normal setups – both long and short – are getting run over by  seemingly out-of-the-blue, quick moves.

This overwhelmingly recurring market movement caused John to take notice as he wondered, “What caused this? Are these humans trading against each other, or what’s going on?”

The first thing important for traders to understand is that there is a huge amount of money invested in the stock market by institutions and hedge funds. When retail traders enter a trade and decide they don’t like it, they can click a button on their computer trading platform and get out.

Hedge funds and institutions aren’t able to navigate entries and exits as easily.

Hedging is a considerable part of what’s driving the market right now, and it has increased significantly since March 2020. With a huge rally of invested funds, the institutions are desperate to preserve the gains they made. If they can preserve the gains, well, they keep the money.

Since people won’t actually withdraw the money and the institutions can earn asset management fees – hedging appears to now be their bread and butter.

There are ways for traders to operate in this market.

Gamma squeezes happen when traders overwhelm the market makers, which forces them to buy out or sell their positions. This can cause a stock or index to have a “crazy move” seemingly out of the blue. Gamestop (GME) and AMC Entertainment (AMC) are the “poster-child” examples of this (retail traders caused big moves in these stocks last year), but it also happens regularly with indexes, especially the S&P 500.

The most extreme moves happen as the market is going into monthly and quarterly expiration.

John, as someone who analyzes the markets and serves as a mentor, wants retail traders to understand the impact of artificial intelligence on their bottom line. He believes this is driving most of the market action – including the major indices.

For example, should a trader buy a put option in anticipation of a move downward, someone in the market has to sell the option. There is always a buyer or seller on the other side of the trade.

John believes human market makers hardly exist anymore. Today, sitting on the other side of the trade is a computer.

In a perfect world, a put option expires worthless and the market makers keep the money and the retail trader loses it. But, when these players need to hedge – and this impacts billions of dollars going into and out of these hedges that move the market – the market maker wants the option that is bought to expire worthless.

In today’s market, human activity is not noticed nor taken into consideration. Although, sometimes it feels like the market makers are moving the entire market to go after “your” stop.

The advantage that machines have over retail traders is they’re “un­feeling and un­thinking.” Machines can analyze thousands of variables at once. Machines never need to take a break and can analyze more data simultaneously. Machines can recognize repeatable patterns – seemingly developing a type of “intuition.”

Having any sci-fi movie flashbacks yet?

Artificial intelligence analyzes and makes trading decisions based on hundreds of inputs  simultaneously over thousands of stocks and indexes. To understand the key to all of this, remember this market is dominated by machines – not a trader sitting at a desk in Chicago or New York City.

A mainframe computer somewhere is automatically hedging risks as the stocks and indices move. If the stock moves against the machine position, the computer dominates what happens next.

John recently invested in a company that trades 100% based on artificial intelligence via a $14 million computer. This computer has 128 separate AI algorithms that scan for market opportunities, which are organized by a dozen “manager AI algorithms.”

The human team at this company never looks at the markets.

By comparison, how much did your trading system cost and how much time do you have to spend watching the markets to make a handful of trades?

The blind side trading strategy

Through research and sheer determination, John discovered that retail traders are in the blind spot of machines. Unlike those sci-fi robots, these machines aren’t attacking us. These high-priced data analyzers are merely responding to price action in the stock market.

Our job as retail traders is to understand which price gets the attention of these trading machines and then what they do once that happens. Artificial intelligence responds best to what it considers actual price anomalies and volatility versus setups that require multiple inputs.

John realized that traders who don’t understand this are getting taken advantage of daily.

Once he understood what the machines were doing – and acknowledged that there isn’t just one company doing this – suddenly everything started to make sense.

It is essential that traders understand how artificial intelligence trading works. Traders can continue what they are doing – or they can embrace the reality of AI-influenced markets and “stop being farmed by the machines.”

When retail traders include the impact of artificial intelligence in their strategy, they can nimbly move in and out of the markets. John discovered that retail traders can be invisible to the machines by trading alongside the machines.

John realized, “AI machines aren’t attacking us – they don’t even know we exist.”

The benefit of trading in the “blind spot” is traders can systematically reverse engineer machine trading “intuition” to know where these machines are working the market.

This inside insight based on what AI is doing, gives traders that edge against the algorithms, and that $14 million computer.

How to identify market maker moves

After understanding this AI influence in the markets, John created a breakthrough indicator to identify these big, fast moves targeted by the market makers.

The QuantPivots indicator isn’t available everywhere. Check here for adding this edge to your trading plan.

In today’s market, AI machines are programmed to take action when the price of an index or individual stock “moves outside of typical norms.” The QuantPivots indicator tracks the machines.

Who is John Carter?

John Carter is the trading expert other traders turn to when the markets go awry (as they often do.)

Many traders at Simpler Trading have taken ideas and strategies from him and morphed them into their own individualized trading plans. He has an amiable personality that people enjoy and he has shared his successes, losses, strategies, and tools with thousands of traders over the past few decades.

John started Simpler Trading because he wanted to create a community of traders who educate others simply because they care about the success of other people. His setups, market knowledge, and guidance to continually improve yourself as a trader are invaluable. As for his trading strategy, it combines technical analysis with an overall macro, fundamental view.

His tested trading setups identify large directional plays that he leverages with both options and futures, as well as neutral moments in time for income trading opportunities when market conditions are on the slow side. He likes being in the trade before anyone else, and he uses his signature indicator “the Squeeze” to enter many of these plays. The trade scans he has created allow him to locate his favorite setups and jump on moves before they take off.

But, he kept thinking, “The volume is here. Shorts are screwed. These opportunities don’t come along very often. Hold on.”

After that short pullback, Tesla rallied throughout the rest of the day. Up just over $1,000,000 on the day, he closed out half of his position. He woke up at 3:30 a.m. and couldn’t go back to sleep and watched the pre-market bid-ask spread as the market crept toward the cash open. It gapped up around $15 and John got out as quick as he could, booking another $500,000 on the trade, for a total of just over $1,500,000.

John shares how this was when all his training in trading came together – a perfect storm.

He has since added multiple seven-figure trades to his portfolio and grew his account by eight figures even during the pandemic. He continues to find winning trades despite recent market uncertainty.

John continues to share his trading experience, and is hard at work letting others know how to gain an edge in the market and trade with the machines. 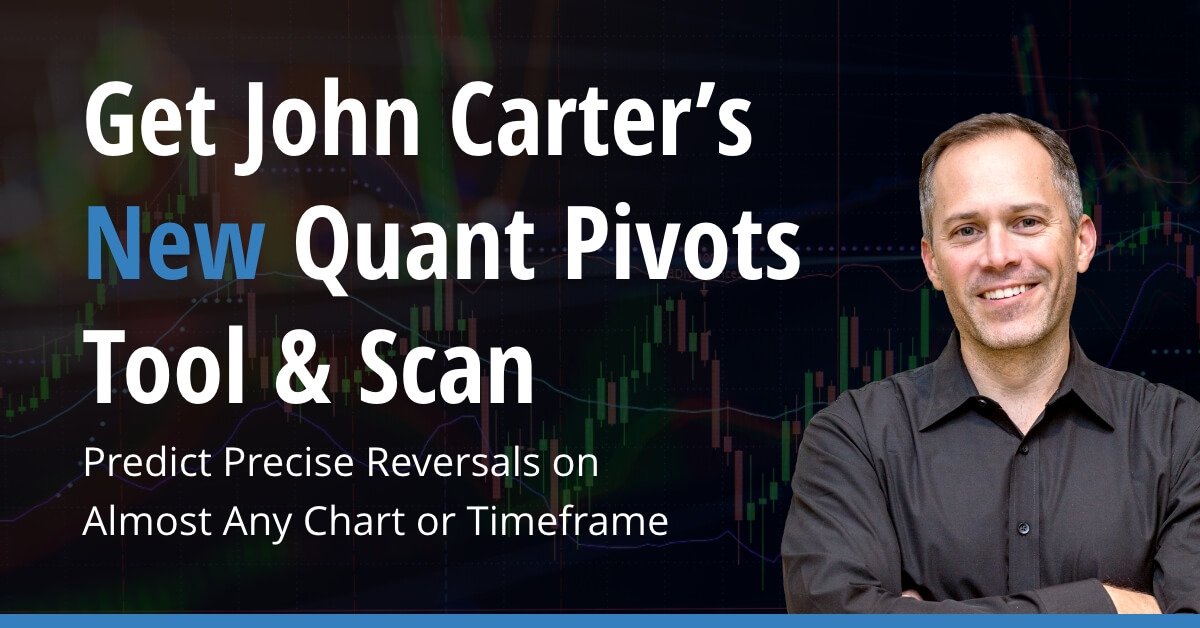