Your belly button marks the spot where your umbilical cord was once attached. This cord is a soft, bendable tube that carried nutrients — vitamins and minerals — from your mother to you, back when you were in her womb. A pretty vital point of contact. This point on your body is interesting as it shares a relationship with the Fibonacci analysis so many of us use in our trading. It’s our 0.618 retracement, so to speak.

If you took the average human, let’s say 6’ feet, or 72 inches tall, and the top of the head was the high where we began our retracement and the lows (or zero) were his feet, then the .618 retracement would be “about” where you’d find the belly button. Think of it as more of an art than a science, and of course it does differ but I’ve found it to be generally true. More importantly I’ve found it helps me remember a key retracement in the analysis of swings in the market.

If we look at the current example of AAPL we see the previous highs at $233.47 and the December lows at $142. Retracing this swing gives us 4 retracement points to consider. The 0.382 – 0.50 – 0.618 and the 0.786. Of these 4 levels, the most important is the 0.618, right here at the belly button. This is a spot where it could be argued if you shorted the high, you’re not really wanting to give back any more than this, or if you bought the lows a place to consider taking profits. I don’t try to nail these extreme levels, but I do consider this sentiment as the level is tested on any major time frame.

In AAPL the first test of the 0.618 retracement came on the week of March 22nd and was good for a near 7% pullback. Then we revisited this resistance and consolidated around that price of $198.53 for 7 days before breaking out on the April 17th. There was some considerable time spent at this vital point on the chart and it’s good to be aware of these levels. Now that we are through this major resistance we have a swing target of $258.35 and $290. (I’ve started to consider the 1.414 extension as a conservative way to look at splitting the difference between the two but that level isn’t part of the ratio we typically follow). I always want to include the disclaimer that this analysis allows for much lower prices, and could still work. You have give the lows the swing was made against, but provided we don’t trade below where we did in December these overhead targets are what I’ll be focused on.

I covered this way of thinking in AAPL as it tends to be so popular, had a very significant correction into December and fits the pattern especially well. Charts of AMZN, NFLX and BBY have been included as well as they also fits these requirements. 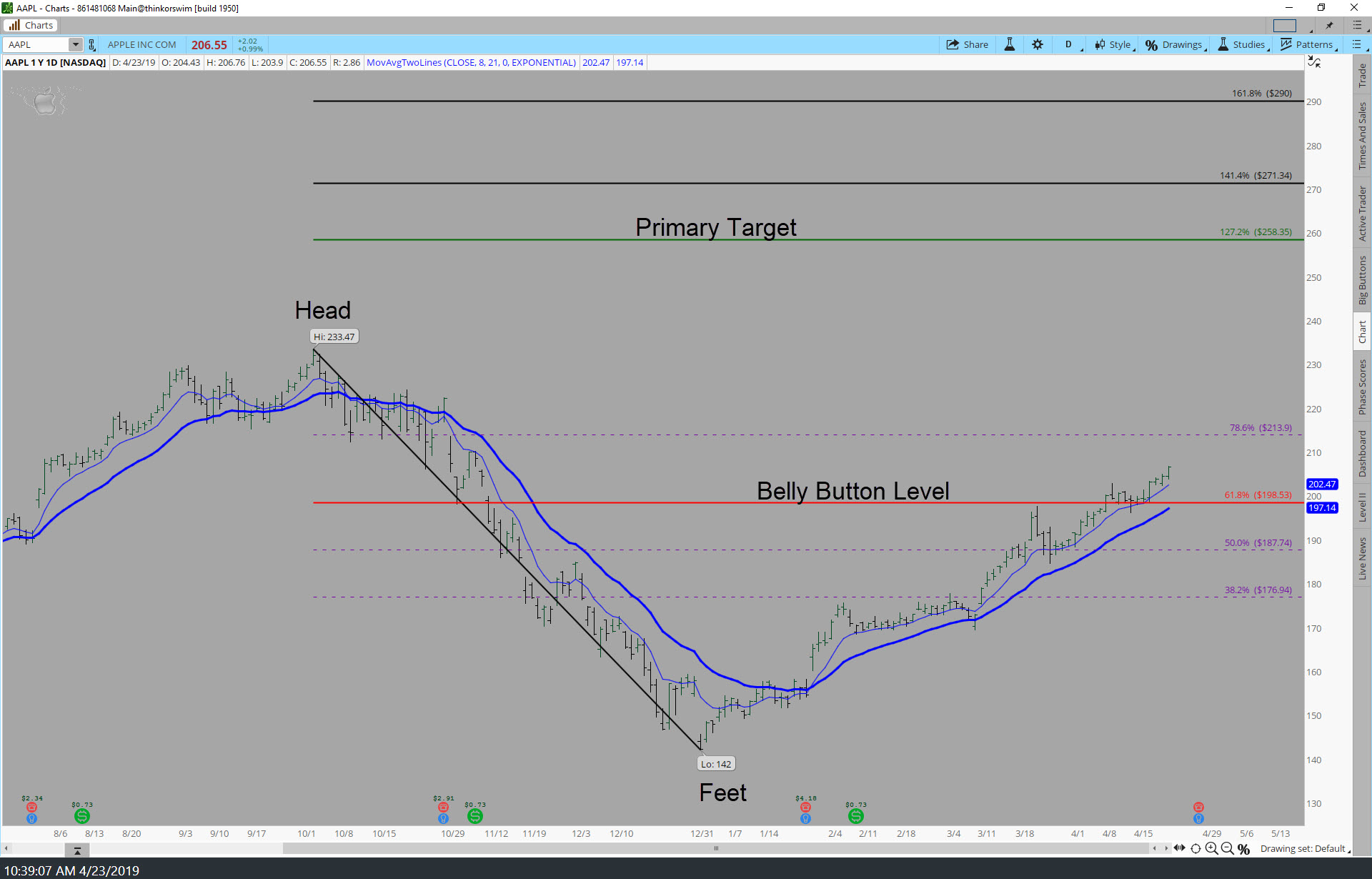 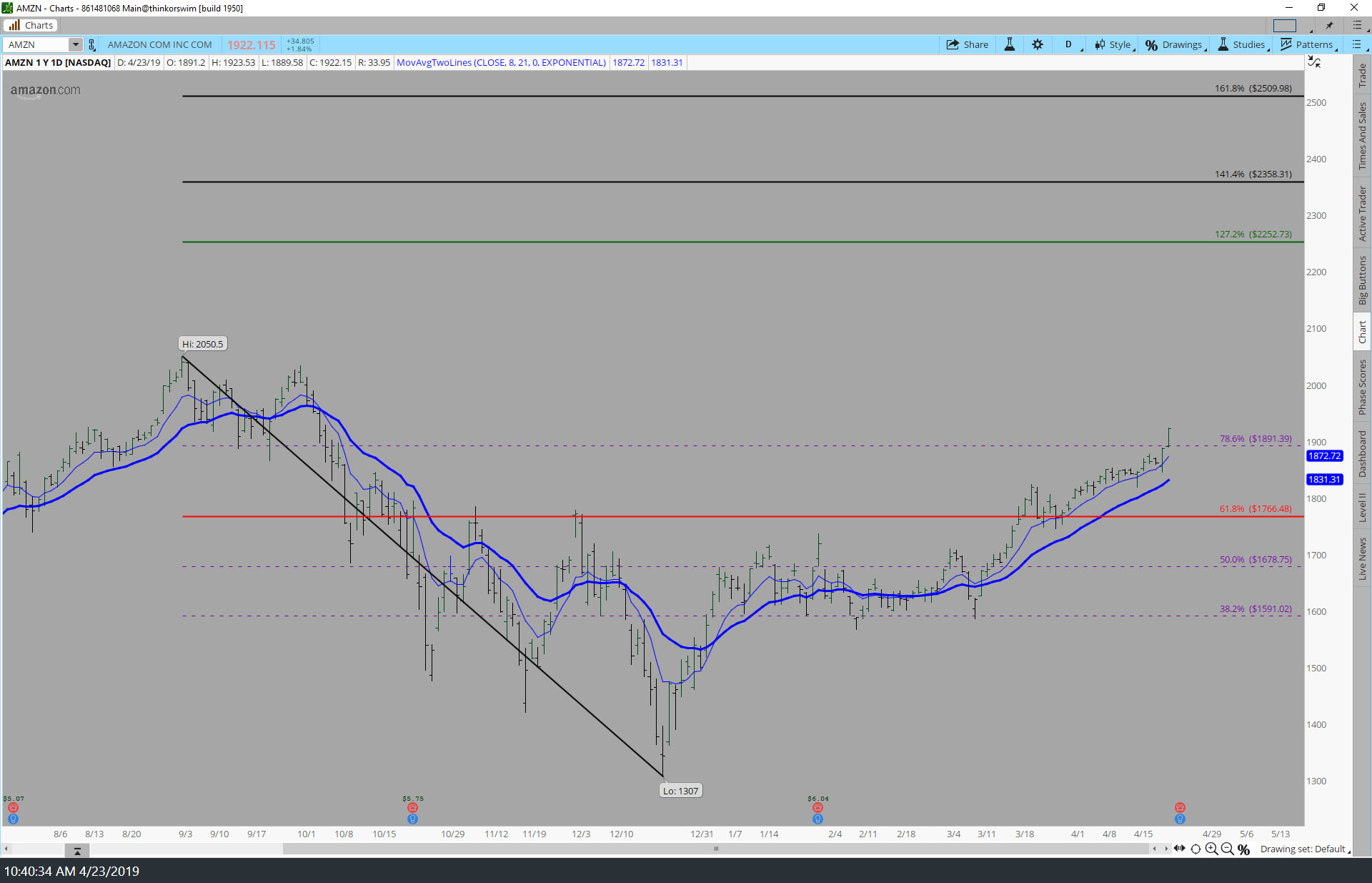 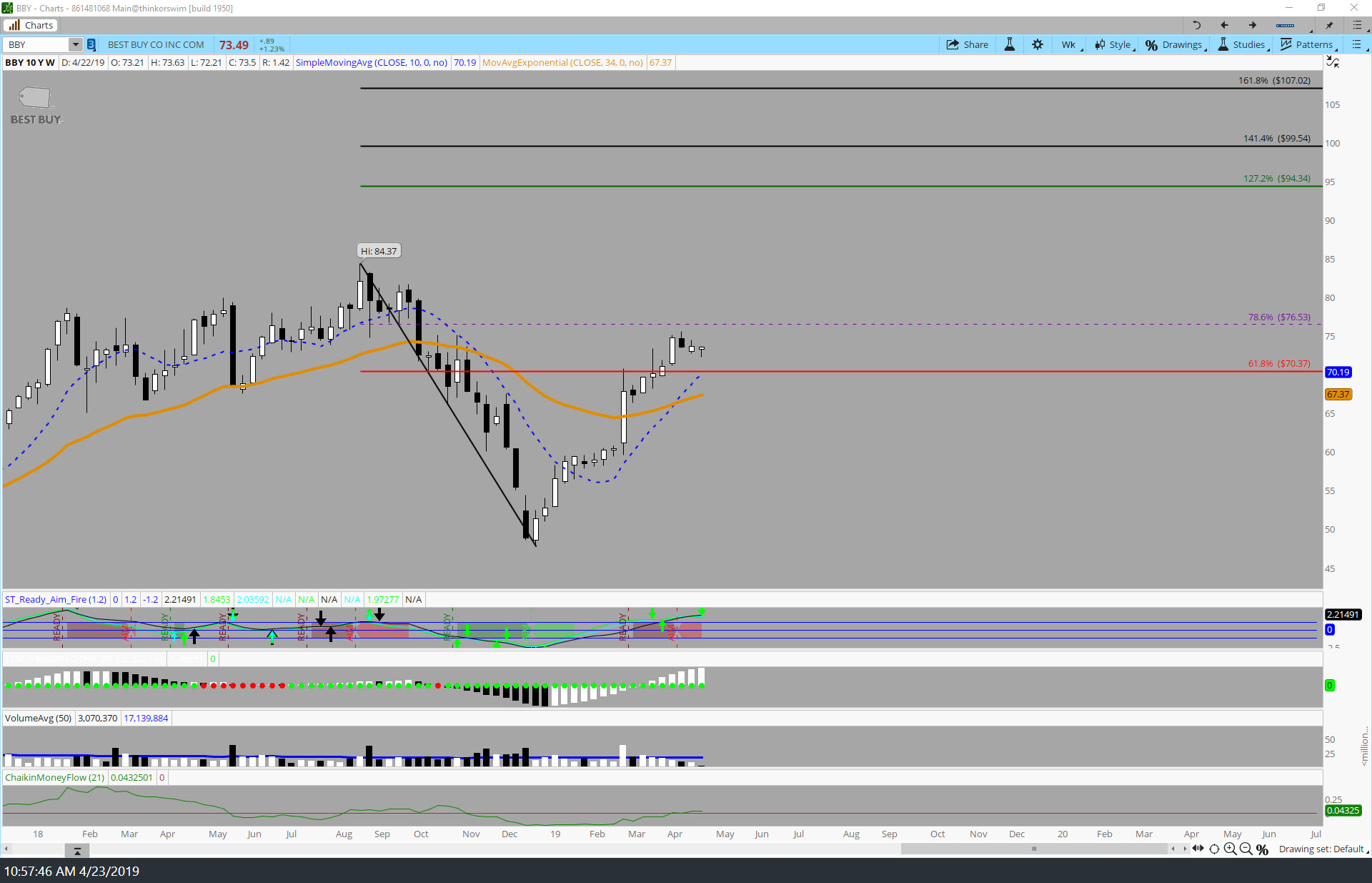 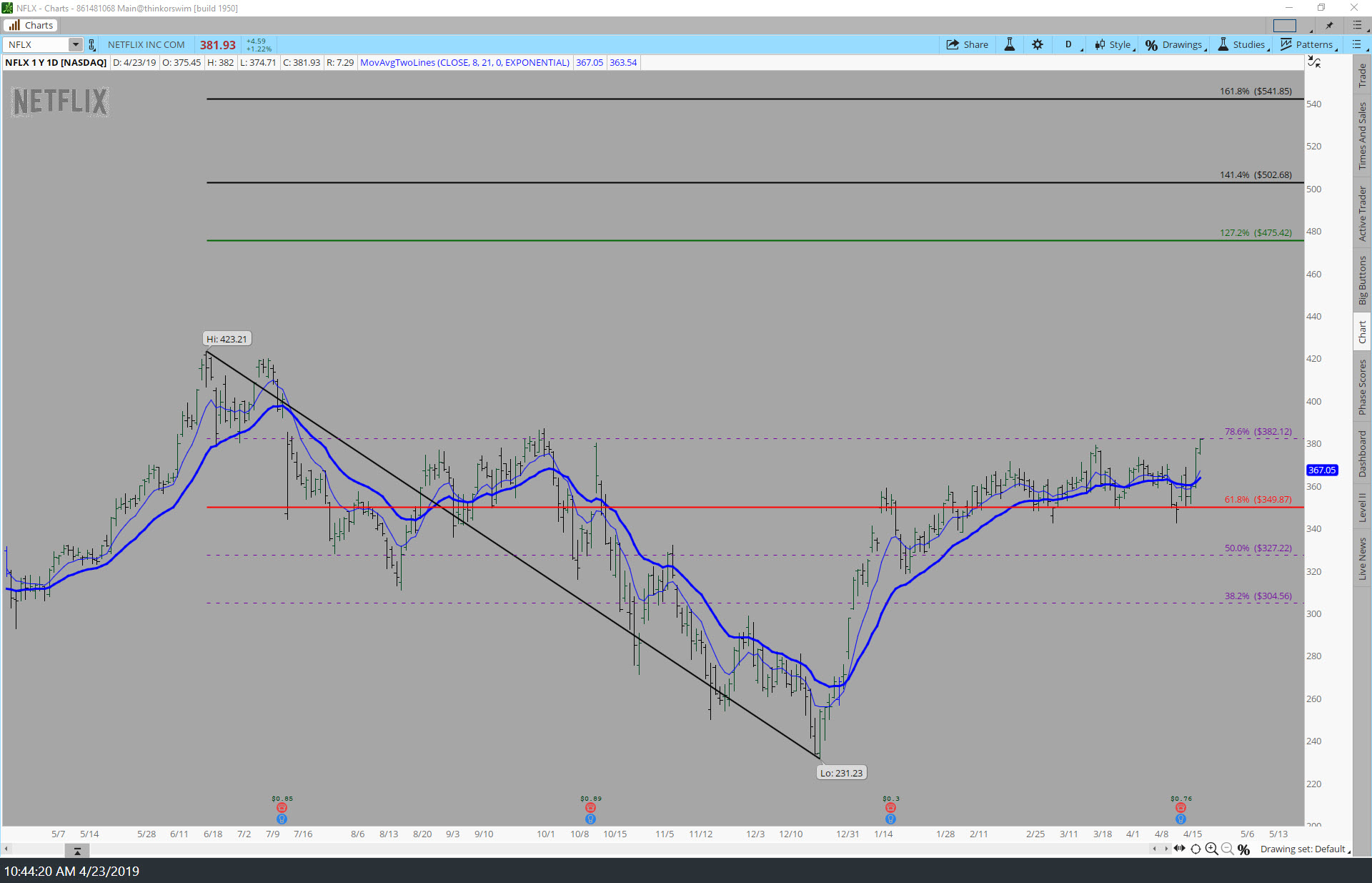