What if the Fed is the Bubble

It is perplexing to see the price performance of many stocks right now. Some do make sense such as NFLX, AMZN, SHOP, TDOC, ZM which are all benefiting from increased use and demand. But the vast majority of others don’t make sense nor are their prices reflecting reality.

In a way, that is what was intended by the Fed so their plan is working. The idea that this pandemic-related shut down of the economy was to be temporary so the Fed’s action was to simply span the gap seemed reasonable and the right thing to do. But where things get weird is that many stocks are exploding higher, as if they were in a raging bull market environment.

Is there really that much more demand? Are their numbers really that much better than last quarter? How much “free” money did they just get? What if the amount of money to help get them through hard times was actually substantially more than what they would have made on their own? And what if not only did the company get Fed money, but the banks (who we know are getting gobs of money) need a place to invest that money and so they pile into a handful of tickers. Thus compounding the upward momentum of most stocks.

Here is a chart that should help visualize what is going on. In it, you can clearly see the correlation between the Federal Reserve’s total assets and the performance of the S&P. I have mentioned in the past that it was suspicious of the Fed to be expanding its balance sheet back in September of 2019. What did the Fed know back then that caused them to do “not QE” well before the pandemic? 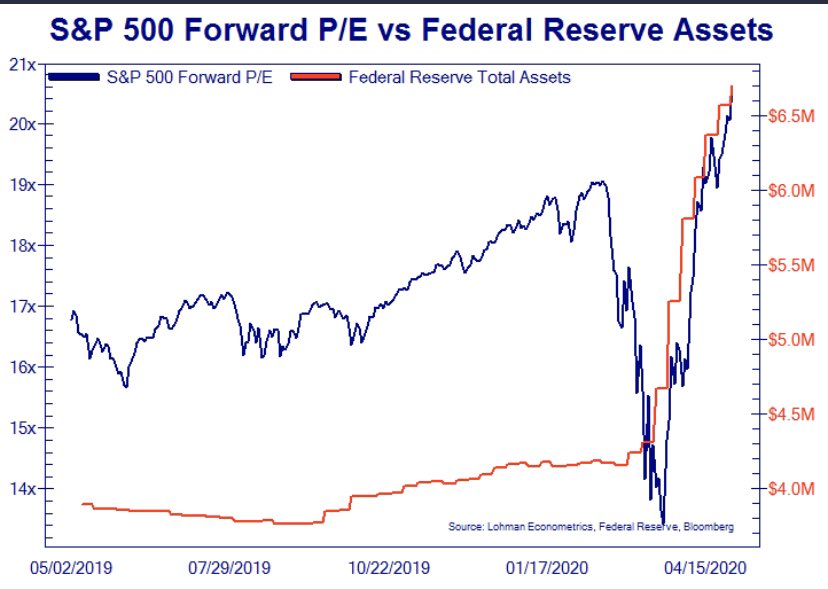 Here is another chart showing the Fed’s total assets from before the last crisis. Note how 2008 basically set a new paradigm in the behavior of the Fed with the advent of Quantitative Easing (QE). We are now in the time of unlimited QE. No joke, the Fed said they would do whatever is necessary for as long as necessary which could even get into them buying corporate bonds. Technically illegal, but they may just change a few details for it to pass legality. 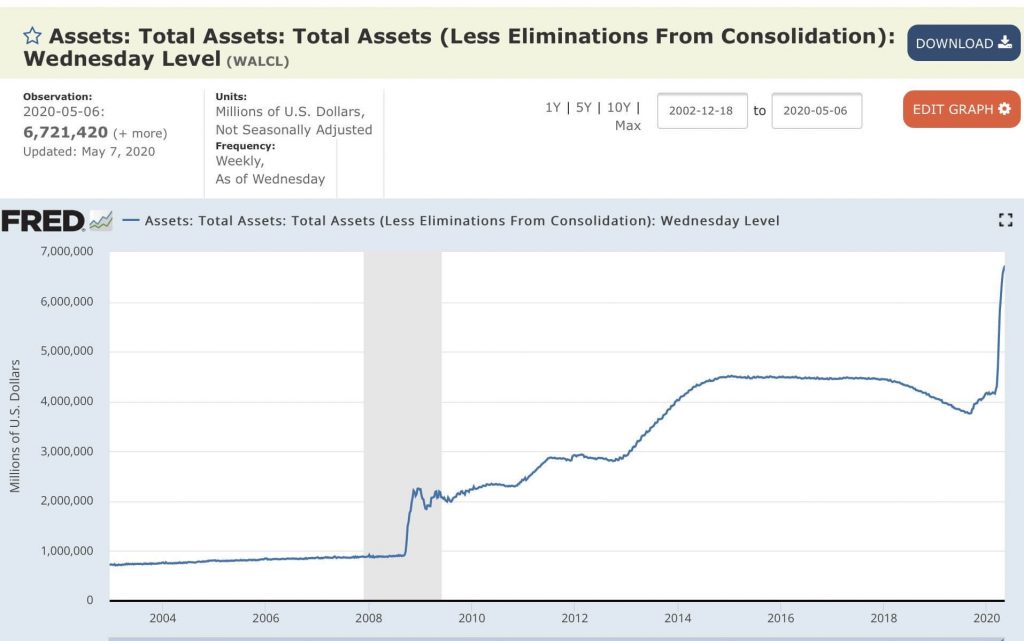 This may mean the Federal Reserve is a huge influence on the stock market itself and no longer you, me, our 401K contributions, and the rest of the investing community.

I imagine this can’t be sustainable, but it’s been happening since 2008 with QE 1,2,3,4 and beyond. We have seen the market throw a fit when interest rates were starting to get raised. And we saw a little tantrum thrown back in the day when QE was not only planning to be stopped, but actually reversed. How will this ever be unwound if it wasn’t able to be unwound in the decade after 2008?

So, what if the next bubble is in the making right now as the Fed is trying to never let anything bad happen? By staving off the smaller periods of bad are we setting ourselves up for something worse down the road? I bet no one really knows, but it’s wise to be aware of it so we aren’t caught off guard if rumblings start to come up sometime in the future.

1 thought on “What if the Fed is the Bubble”