Which Way to Trade In Erratic Market Conditions?

Simpler’s traders are keeping a watchful eye on the chop in this market that seems to be waiting for guidance from above to establish a trend.

Is this market going to recapture its bullish tailwinds or stumble into bearish territory?

Simpler’s traders want to be on the right side of the trade – whichever way the market moves.

The patterns in the broader market appear to move in every direction as freefalls bounce back up and then quickly shift the other way. While showing signs of being in a bearish trend to the downside, this isn’t the time for traders to short the market as a constant trading strategy.

Factors that have an impact on movement in the market, such as supply constraints and labor shortages served as a backdrop to the Wednesday announcement by the Federal Reserve of the continuation of a hawkish stance on interest rate increases by the Central Bank.

Also, with earnings season in the mix, the shortages in the market could have an impact on earnings reports as well. Guidance from big companies will likely have a big impact on the market in the days ahead.

Using technical analysis and charts, Simpler’s traders are strategizing for the next moves – and they anticipate big movements in the next couple of weeks.

More than any other factor, the market doesn’t like uncertainty, and this environment is uncertain. Market sentiment is also sketchy and volatile. The interest rate-sensitive Nasdaq index is seemingly all over the place, having been battered all the way into correction territory.

The S&P 500 follows the course of the Nasdaq, dealing with COVID and an economy grappling with inflation in the backdrop. Simpler’s traders are cautious of bounces in the index that will be quickly sold off.

Changes in policy by the Federal Reserve, announced Wednesday and designed to lower inflation, caused market sentiment to plummet along with the major indexes. After the Fed press conference, the market rallied, then sold off drastically. While all three major indexes recovered to some degree into the close, these all closed down on the day.

The way the market is acting is reminiscent of 2001, according to Simpler’s traders. No matter the direction of this market going forward, Simpler’s traders are focusing their strategy and timing so they don’t get run over by big moves.

Simpler’s traders continue to target profitable opportunities on both sides of this market. The directional butterfly strategy is good to have in a time like this, because range-bound chop could be here for quite some time.

A butterfly strategy for this market could entail a neutral options strategy combining bull and bear spreads. As an example, traders could use options contracts with the same expiration, but different strike prices, to create a range of prices from which the strategy can profit.

This strategy provides coverage for market movement and is highly more effective than trading the fickle winds of market sentiment. 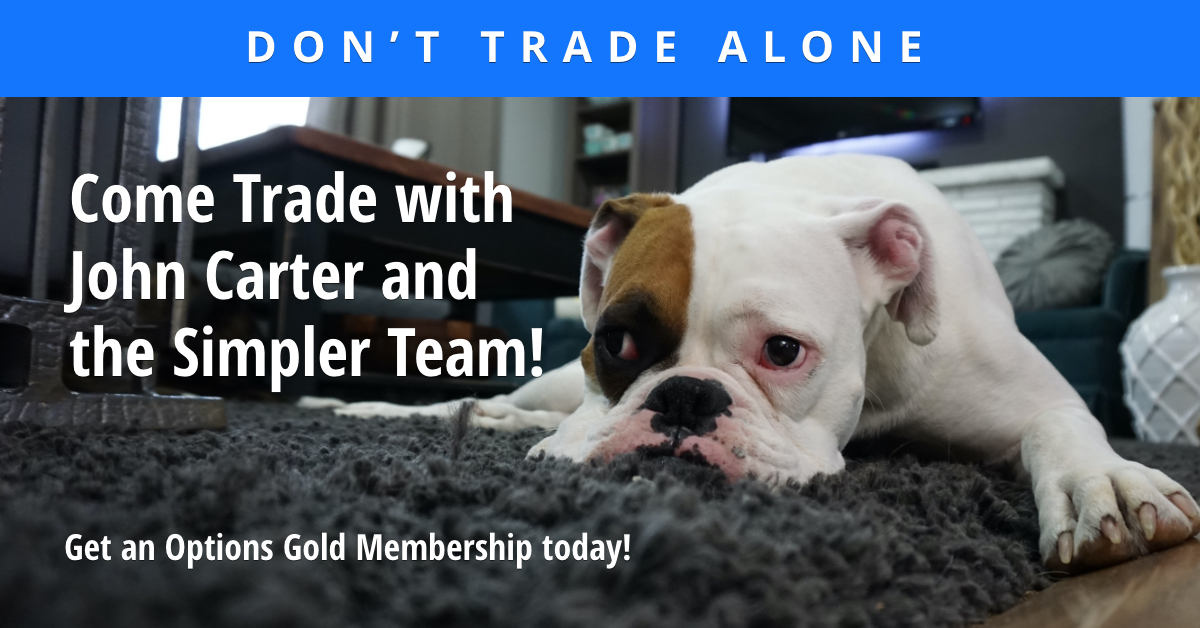