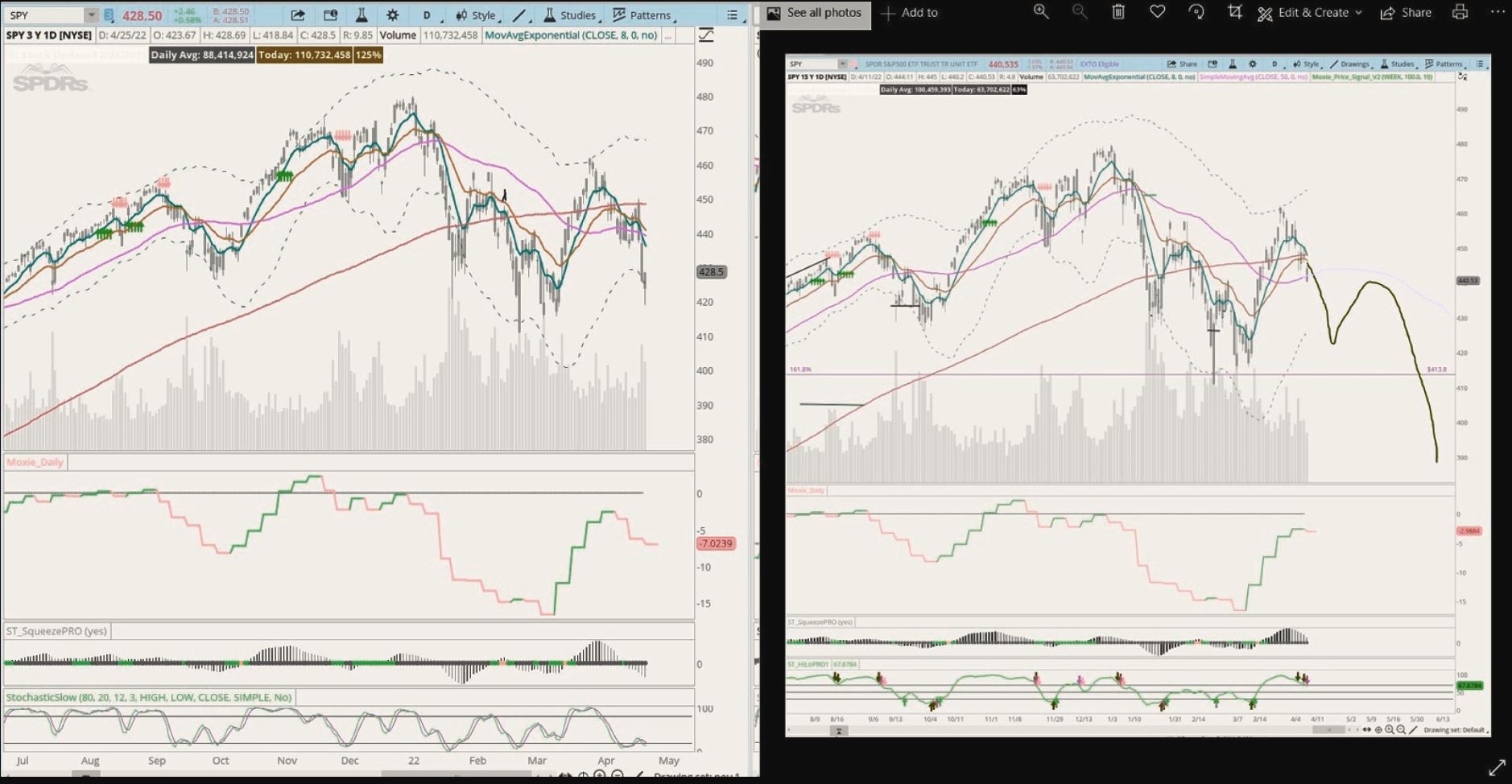 Q: “Why is this call in the SPY important to traders right now in this volatile market?”

TG: “Because having an idea of the path the market might take gives you the ability to plan trades around it. The thrust down was so severe that traders probably think the market is going to implode from here, but that isn’t likely.

Q: “How does this help traders with trading against inflation issues?”

TG: “It doesn’t help against inflation, other than we as traders can make more money than inflation takes away from our purchasing power. It’s our ace up the sleeve.”