Seeing Strength, But When?

I am starting to see a common pattern arise out there in the market which is generally bullish, but it can also hold for a long time before it finally takes off. Many tickers out there did an amazing job running up in early October, and I view this as a great sign, especially since I was expecting all of October to be more ‘mushy’. I believe this has laid the groundwork for more strength in the future, but at this point it probably really does have to wait until after the election.

Let me first show you a name that has the completed pattern so you can see what I am looking for. NIO popped up going into October and got over its previous high. It used its previous high as support, but then traded sideways for many days. It finally popped again in a big way, which happened to be on news and an upgrade in NIO’s case. 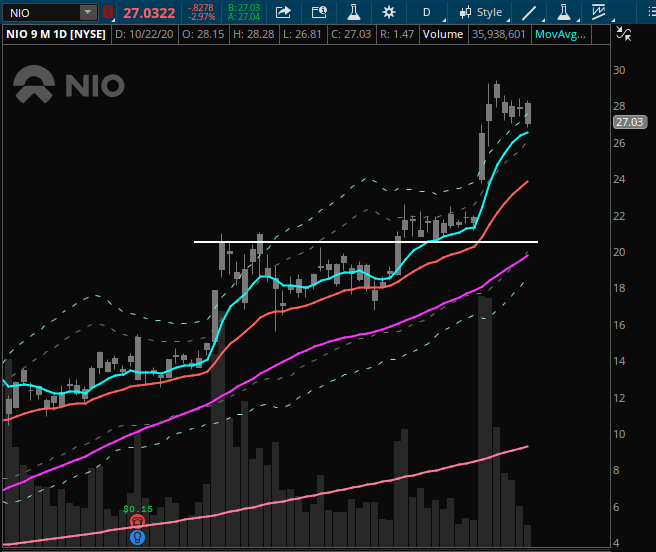 All of this is probably stemming from, or following the lead of, the overall market. If we look at the SPY, you can see this pattern forming. It is slightly different in that price has not made a new high, but it’s similar in that price has pulled back to the top of the previous price area. The market may not fall apart, but it may also just chop around and go sideways for as long as it needs. 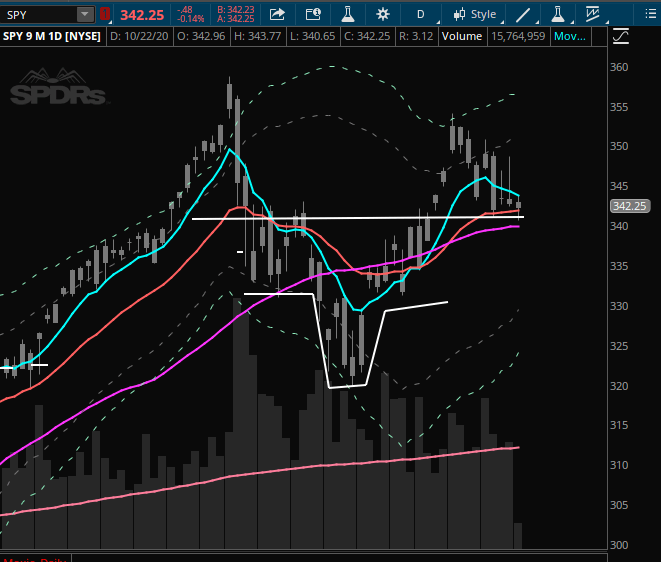 Here is what SE looks like; doing the exact same thing, resting on top of previous price action. Will price go sideways in this area for the next 11 or so trading days? 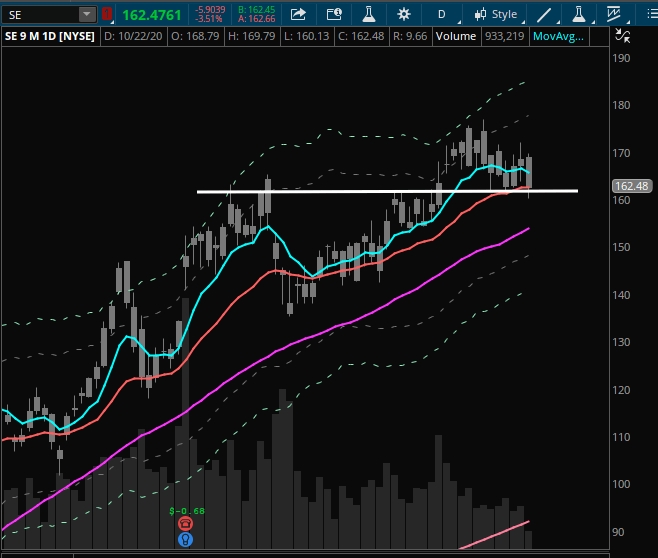 DADA hasn’t quite pulled back yet to its support, but if it does then we have an idea of what to expect. 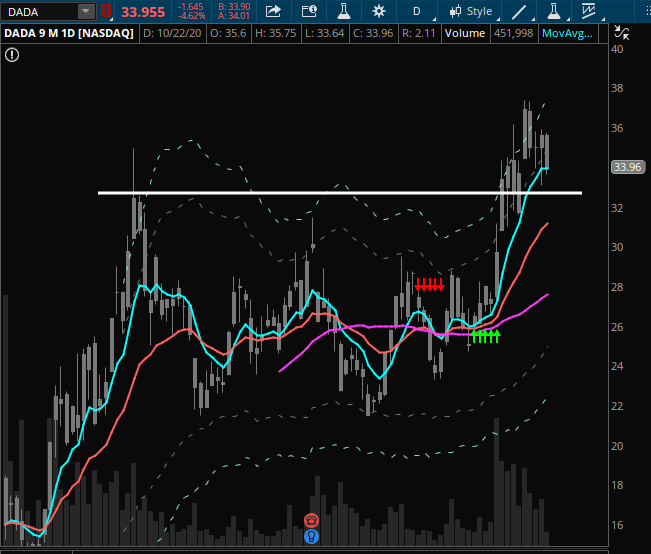 JD is right there, sitting patiently at its previous high. Will it be able to keep lifting on its own or will it too, take an extended sideways break till after the election? 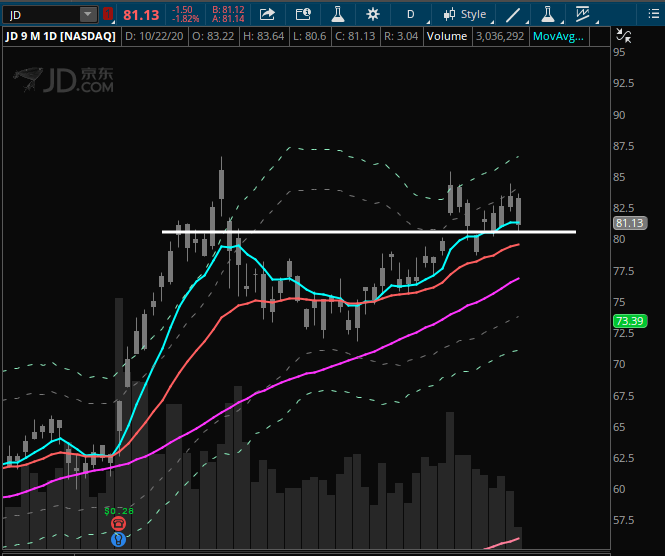 And finally we have GRWG, which has given me a bit of a headache already with its exciting move today at the open which promptly got sold into. 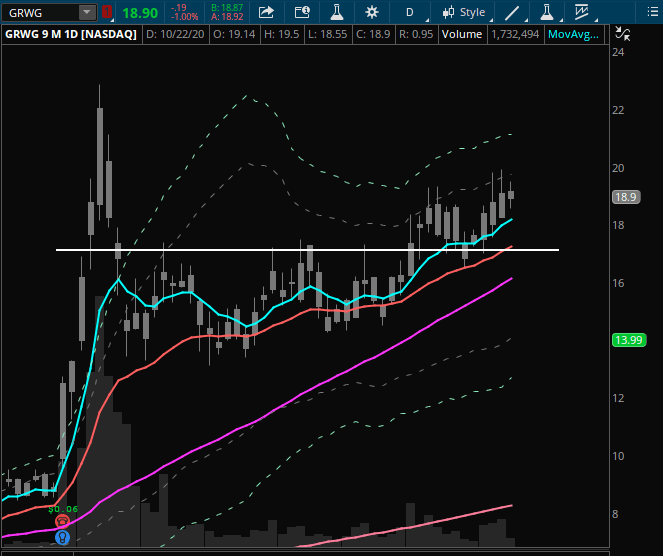 Perhaps in your own time studying the markets this week and next, you will come across similar setups. With NIO as the example of what could be, I simply wonder when it will be. The fact that so many names are over previous highs is exciting and I believe bodes well for future strength, but they can also hang out for a long time, waiting for a reason to move. My guess is that that reason will be the discovery of the election results. But one more note of caution, since we are in very different times with a mass mail in vote, we may not know the true outcome on the morning of the 4th. 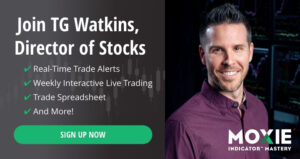