This market has exhibited a “Wild West” performance lately. And, its crazy poker face has been giving mixed signals to technical analysts.

We tip our hat to the S&P 500 which raised plenty of excitement last week. Although, as it touched on a new high, the momentum cracked in the technology sector. With ongoing issues such as chip shortages and news-driven selloffs, traders weren’t as optimistic about social media company earnings.

While Simpler’s traders take rallies where they find them, a healthy pullback in the indices would not be at all contradictory to the signals indicated in the charts.

Also, a comparison between the S&P 500 and correlating bond funds revealed a lack of harmony between the two. The two charts that typically move in tandem with one another are telling contrasting stories. Historically, that indicates one or the other can be proven wrong.

Simpler’s traders would not be surprised to see the signals within the S&P 500 fail.

Average volume has been on the decline in the S&P 500 for quite some time — causing traders to exercise caution with entries in this prominent index. Simpler’s traders are positioning themselves to call the S&P 500 bluff and look for sell signals to reveal themselves.

Also, traders look to the volume indicator as a key component to solid trading strategy, as this enables them to work within market volatility to find buying — and selling — opportunities.

Key indicators in the Nasdaq also have been lagging. What would appear to be the beginnings of momentum loss have taken the Nasdaq far from a high level of support. A 1 percent pullback would not be inconsistent with historical movement.

The Dow Jones Industrial Average, however, appears to be ahead of the herd — and Simpler’s traders are watchful for the necessary structure to follow the momentum.

Until the market reveals its cards, Simpler’s traders continue to look for volume indicators that confirm what they see in technicals and charts to find solid, short-term uptrends, and downtrends.

We’ll see what holds and what emerges in this choppy market. 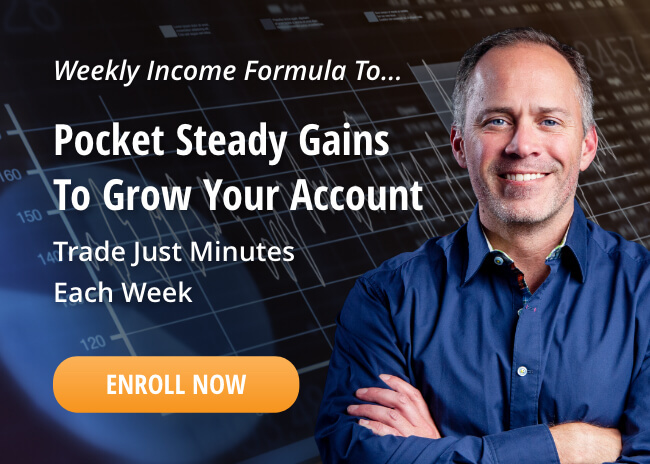