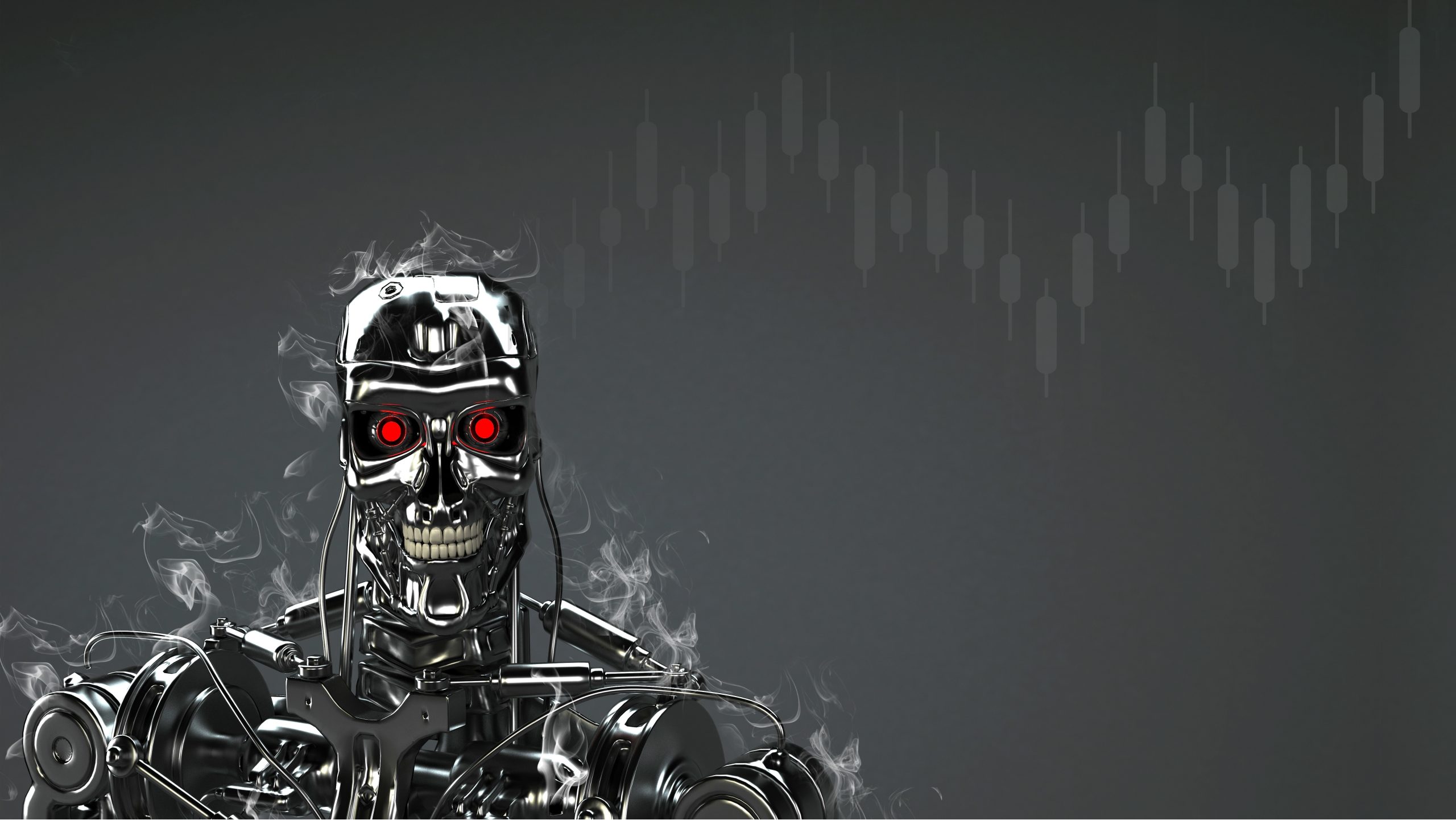 Having an investigative mind is a beneficial skill for traders. To Simpler’s traders, discovering the “why” in the mysteries of the market is an ongoing endeavor.

One of the mysteries traders face in trading the markets today is how artificial intelligence affects market movement.

In his latest class, John Carter, Founder of Simpler Trading, reveals his discovery of how he “trades with the machines” and wins. He taps into an unbeatable edge humans have over machines and he developed a strategy to trade in the blind spot of “algo bots” – computers running algorithms to influence the market.

John became a full-time trader in 1996. After years of learning and trading success, he grew tired of trading alone in his office and wanted to do more for fellow traders. John began developing indicators and his trading strategies. His efforts evolved into what is now Simpler Trading.

John is also a published author, including the third edition of his bestselling book, Mastering the Trade. John is the trading expert who fellow traders turn to when the markets go awry (as they often do). Many traders with Simpler Trading have taken John’s ideas and strategies and morphed them into their own strategies.

Most recently, months of market volatility alerted John to curious market changes. He noticed the simple moving average of the S&P 500 was continuously still below 200 with long and short squeezes and unable to fire – it would just fade out.

Bothered by this mystery, John began researching why the squeezes failed. John slowed his trading pace because he understands the importance of stepping back to evaluate trading positions.

Curiously, bonds were moving higher in a flight to quality and the market wasn’t in panic mode, even with violent unrest in Eastern Europe. The market was seeing moves to the upside in grains. Corn, wheat, and soybeans ripped higher as a result of inflation and shortages. These prices showed no signs of slowing down, along with oil, gold, and food commodities – all were seeing investor interest in a volatile market.

Influence on market is ‘not human’

John realized that artificial intelligence was dominating market action. Machines are unemotional and can look at thousands of criteria at once, while emotional humans tend to hyperfocus on a few market assets.

When price action becomes irregular, the machines respond accordingly. When the machines see a stock rise into the secondary level of a squeeze, the artificial intelligence calculates the percentage of chance for closing above that number – and then the machines sell stock.

This indicates that Simpler’s traders should shift their target and their length of time in a trade as they factor in artificial intelligence into their trading setups.

Simpler’s traders can evaluate the market – and the current environment – as an inanimate object in order to better understand movement and the machine influence within the market.

Understanding this “man vs. machine” environment within the market can give traders a boost along the path to growing accounts. – John Carter

John’s “gold standard” of trading follows “the squeeze” signal across multiple time frames so he can be alerted when a stock price is likely to move higher on larger than usual trading volume. He built his career and the Simpler community around this ideal backed by decades of trading experience.

John does not remember a time when he was not fascinated by the markets – which often tell the story of what is really going on in the world. And, he loves the entrepreneurial journey involved in starting and growing a successful business. When John began, he discovered early that solid, customer-focused trading education programs were difficult to find.

John is a highly-respected trader with an amiable quality that draws people to learn their trading techniques from him. He started Simpler Trading because he wanted to create a community of traders who educate others simply because they care about the success of other people.

His proven trading setups identify large directional plays that he leverages with options and futures, as well as income trading opportunities when market conditions are moving sideways.

With the ongoing volatility in the market, John Carter developed a chart indicator to take on the machines and revamped a time-tested strategy. You can learn more and take advantage of this opportunity with Weekly Wires 2022.