Odds For Summertime Gambling On Gaming?

Looking for a summertime getaway with a little adventure, but stuck at the job or with school break duties?

While you may not be able to break away from the mundane, trading can offer a little excitement for a change of pace.

The market continues to chop along, hitting new records while setting up for a pullback, and then repeating the pattern. Simpler’s traders are watching for setups that other traders might miss. One option is looking for a counter trend setup — a ticker with a lackluster chart, but internal and economic signals indicate a possible upside move.

One area where a counter trend looks promising is in gaming — gambling casinos in Las Vegas. The Las Vegas economy continues to open up the casinos to much fanfare with airline bookings and hotel occupancy increasing. Casino revenues appear to be growing as gamblers travel to take in all the action while releasing months of pent-up energy and opening their wallets.

Charts on gaming tickers may still be choppy, but the counter trend play is to set up a trade with the potential to take advantage of an upswing while not reaching deep into the pockets of traders’ accounts.

Is this a common trade? No, but it does offer a change of pace that, while not the likeliest setup, doesn’t lead to excessive risk when played well according to price, internal signals, and economic momentum expectations.

The gamble is whether the selected ticker continues to chop or gets on a roll to the upside sooner than later.

This type of counter trend play isn’t like dropping a quarter in a slot machine and being greeted with the lights and sounds of an endless stream of winnings. While a “gamble,” a counter trend setup that is played well will hold to the plan of limiting risk while maximizing available profit potential.

Odds are a gaming trade could be a welcome change of pace as the market figures out its next deal… without breaking the bank. 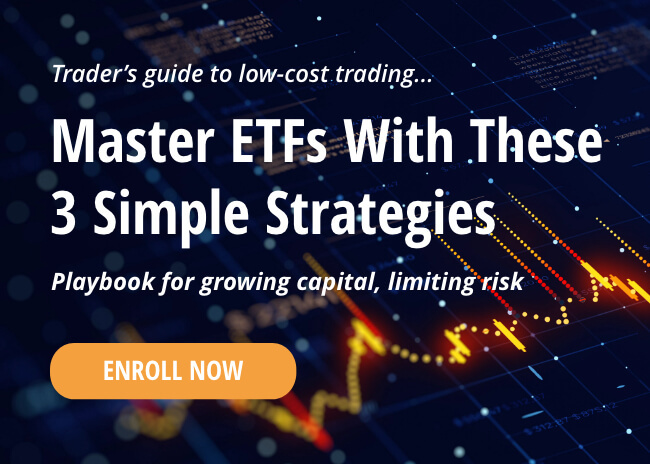