Critical Questions to Ask Before You Invest Your Nest Egg

You wouldn’t know it from looking over most investors’ portfolios, but when it comes to Nest Eggs, the top priority is safety. This lesson was drilled into me throughout my career as an institutional fund manager. As you can imagine, when you’re responsible for over $100 million in client funds, the pressure to generate strong returns is relentless. And yet the pressure not to lose can be even greater.

That mindset has served me well as a private trader, too. But my experience gives me a different perspective than most investors. And most people I talk to have no idea whether their Nest Egg is in good hands or not. Why? Because they don’t know the right questions to ask. Too many assume that a fund with the highest returns in recent years are the best bet. That can be a dangerous mistake, as illustrated by this cautionary tale.

A well-known manager grew the Harvard Endowment fund from $4.8 Billion to $25 Billion. Would you jump at the chance to have that guy manage your money? Seems like he knows what he’s doing. Before you answer, consider this…

That manager started his own hedge fund, called Convexity Capital Management. In the last couple years, Convexity lost over $1 billion of their client’s money. The irony is that this fund manager believes 95% of active managers don’t add value. He just happens to think that he is in that 5%. And ironically he’s right, but for the wrong reason.

According to the Financial Times, 99% of active managers don’t beat the stock market Indexes, and investors finally seem to be catching on.
Last year saw the most hedge fund closures since the financial crisis. Many are losing money, but even those that show positive returns may fail to be profitable enough to justify their huge fees. For example, fees on a $1 million investment can be $60,000 or more, even when the fund loses money. On top of that, it’s typical to pay 20 percent of profits, too. 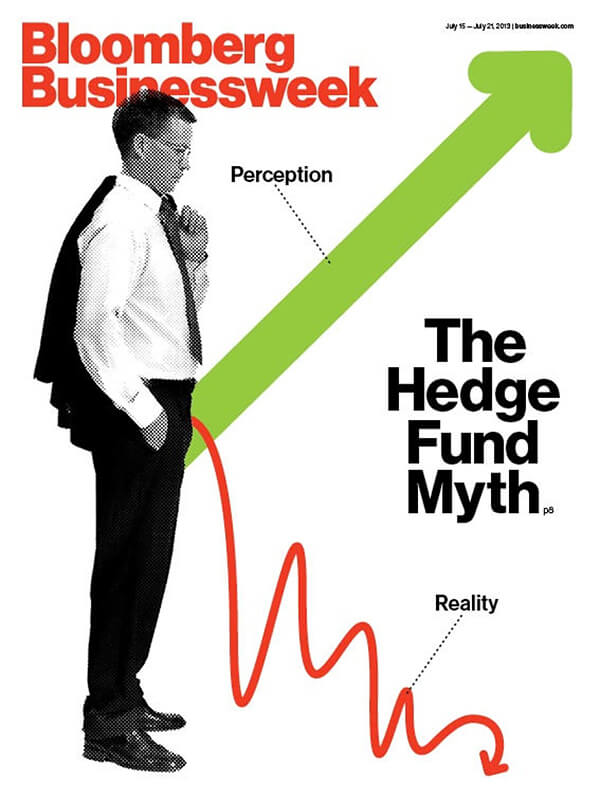 But due to the high minimum investment required, only those with high net worth are affected by hedge fund performance. Instead, most investors place their money in mutual funds, whether through Qualified Plans like 401ks, or with a discount broker or financial adviser.

Unfortunately, managed mutual funds aren’t fairing much better than hedge funds lately. According to Morningstar, investors pulled $214 billion out of “losing” funds as of the end of January 2017. And again, the performance statistics are not encouraging. The Financial Times reports that 99% of active US equity funds underperform the market. Too often, the management fees charged for the privilege of investing in hedge funds and mutual funds appear to only make the managers rich. Based on recent performance, one would be better off in an Index Fund.

Nine years ago, Warren Buffett made a 10 year, $1 million bet that a passive investment in a low cost S&P 500 index fund could beat a group hedge funds picked by Protégé Partners. Through this year, the index fund has a compounded annual return of 7.1%. The average of the five funds is a mere 2.2%. In total, the S&P 500 fund is up 85.4% and the funds are up 22%.
Even the best of the five managed funds is only up 62.8%.

This doesn’t mean that active management never works. These are averages. And by definition, some managers do beat the averages.
When I was ‘behind the curtain’ on Wall Street, I managed over $100 million in client funds. I started on a bond desk after the crash of ’87 and then switched over to the equity side where I traded IPO’s and preferred stock. Thanks to my mentors, I followed lower-risk option income strategies that many would consider boring, but they produced above average gains year after year.

Even though I retired from active fund management over 15 years ago, I’m frequently asked where I invest my Nest Egg. I manage the majority using the same option income strategies that have served me well over the years, but I do have a percentage in a managed portfolio that I monitor closely.
My best advice when it comes to safely growing one’s Nest Egg is to be active. Don’t put blind faith in Wall Street or professional managers. Know your true returns and understand the risks. The 2001 and 2008 stock market downturns are just the most recent reminders of what can happen.

With the DOW at all-time highs and the Fed on a path to raise interest rates, now is an ideal time to make good strategic decisions about where to invest.